The Laboratory of population genetics and traceability of animal organisms

The laboratory of population genetics and traceability of animal organisms, led by the Associate Professor Alexandros Triantafyllidis, supply genetic and genomic services and it is established in the Aristotle University of Thessaloniki Campus as well as in the new facilities of the Center for Interdisciplinary Research and Innovation of the Aristotle University. The laboratory’s equipment includes a SeqStudio Genetic Analyzer System (AppliedBiosystems) as well as StepOne Real-time PCR machines (AppliedBiosystems).

The provided services are mainly associated with:

In this context, the lab has successfully accomplished, among others, the following projects:

The authenticity of fish products is important, especially when it is known that there are phenomena of involuntary or deliberate mislabelling in the European and global market as well (Marko et al., 2004). Additionally, the adulteration or the mislabelling may be dangerous due to the unknown toxic or allergenic substances which may be present in a product (Ward et al. 2008, Wong & Hanner 2008, Holmes et al. 2009). Unfortunately, species identification is not always easy. Many fish species have a similar taste or morphological characteristics and sometimes may lack diagnostic parts of their body (e.g. skin, head, tail, fins) or they have been processed and being sold as fillets or slices.  The DNA techniques used for food analysis can enhance the safety and the authentication of products on the market and can also increase their commercial value.

Our laboratory has developed a “DNA barcoding” method for the genetic identification of fish species. Specifically, DNA sequencing and universal primers are used for the species determination in different fish products (fresh, frozen, processed, etc).

Commonly consumed fishes that can be detected:

The nutritional scandal in 2013, underlined the significance of the genetic tests in meat products. Our laboratory provides services for species identification in meat products to verify their safety and authenticity. Nowadays, the need for such controls is more urgent taking into consideration the increasing consumers’ demand for safe products and accurate information on the labels.

Reliable genetic tests of meat products can play an important role in their authenticity and can increase their commercial value. Our laboratory is equipped with the appropriate expertise and can provide reliable solutions to various queries. Services of both qualitative and (semi)-quantitative genetic species identification are offered using species-specific approaches and conventional and real-time PCR. We are at your disposal to find out the most appropriate method depending on your query.

Applicability of the methods

The used methods can be applied for the analysis of a variety of products (raw, processed, cooked). These methods can also be used to analyse highly processed products with degraded DNA.

These methods can be used for the genetic identification of the following species:

Both conventional and real-time PCR can be used for the identification of animal species with a low limit of detection. The used methods are both specific and sensitive even in products which are mixtures of different animal or plant species.

Livestock species (e.g. sheep and goat) constitute an important economic sector for our country. The genomic improvement of the interest species regarding their products, such as milk yield and quality, meat, wool etc. is widely performed through single nucleotide polymorphisms (SNPs) which scan the whole genome to identify regions associated with the desirable phenotypic characters. In the framework of a European program, we analyze the genome of the Chios Greek sheep breed which is well known for high milk yield as well as fertility. 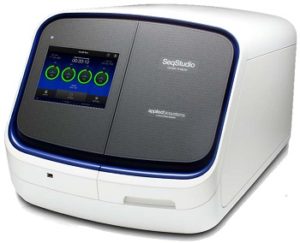 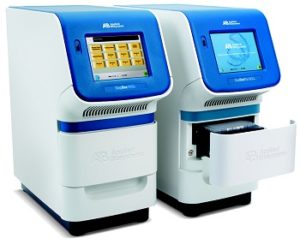